We have already begun the second half of 2020. This year certainly won’t be counted as a successful one – with the approaching 4th quarter, the concerns against the second wave of the pandemic are raising. At the beginning of the year 2020, the world’s economy was going through an enormous crisis – lockdown present in many countries has turned our life upside down. Despite common uncertainty and fear against the repeat of such a situation, the productivity of the world’s enterprises is gradually increasing. China is the flagship example of the global economic recovery, and therefore rising from its knees at the same time. The country in which everything has begun, as the first one has started to look for a way out of this stalemate.

According to the research and development of the AsstrA transport-logistic group, the growth of the production activity in the last quarter of 2020 in the world can more significantly influence the freight market than during the last year. This is because the cause of the growth of the need for transport services is a late demand caused by the pandemic. 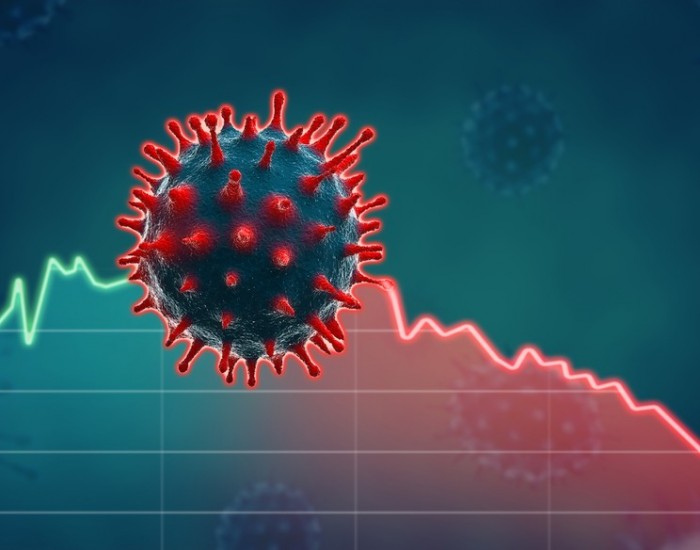 From January to March 2020, the decline of initiatives and economic offers was clearly visible against the background of the situation in China, which is the largest exporter in the world. The first cases of infections in the EU were detected at the beginning of March, since that time the measures aimed at stopping the increase of infections have been there gradually introduced. With the implementation of restrictions and the increasing number of SARS-CoV-2 infected, every industry (more or less) prepared itself for the upcoming months, which were a great unknown.

At the beginning of the pandemic, when the situation in Europe started to dangerously and drastically develop, many carriers were refusing to carry out transports. Many companies were not physically prepared for the strict requirements introduced by the WHO.  Those who decided to face the threat and continued operation, had to adapt the schedule of drivers and work conditions to the applicable guidelines. As a result of that, there was a drastic drop in capacity. One can say that the situation stabilised at the moment of closing production and factories in the 2nd quarter, when the balance of supply and demand was maintained. With the easing of quarantine measures and the elimination of restrictions, the economic activity was slowly recovering, however, the export growth stays at a quite low level. The carriers re-divided their transport assets which allow them to keep relatively decent rates until the 3rd quarter.

Currently, freight rates are going up. It is connected with the expectations of an increase in demand as well as with the decline of transport capacity during the period when restrictions are in force or are lifted. Further price dynamic for transport services depends directly on the power of demand because the supply is slowly rebuilding.

In April 2020, the forecasts of the World Trade Organisation announced that in the worst-case scenario, the decline in the global trade of goods would be between 13-32. A few months later, the experts announced that due to a proper response of some governments which supported their local economy, the reduction in the world trade won’t reach the critical level. Economists predict that international flows in the service sector will remain relatively low for a long time, and therefore a return to pre-pandemic levels could occur around 2023. Despite a decline in trade by around 15% for 2020, an increase of 8%is expected in 2021, followed by an improvement of 4.1% in 2022. Long-term forecasts for the transport industry are not optimistic. Many companies will fight to survive, others will disappear from the market.

The table below presents significant forecasts of indicators for the Eurozone for the upcoming months.
With even a little knowledge of the economy, you can see with the naked eye that the annual GDP growth is in the negative. It is encouraging that the PMI (Purchasing Managers Index) grows for both the service sector and the industrial sector (the indicator level exceeding 50 points means the growth of the industrial activity). 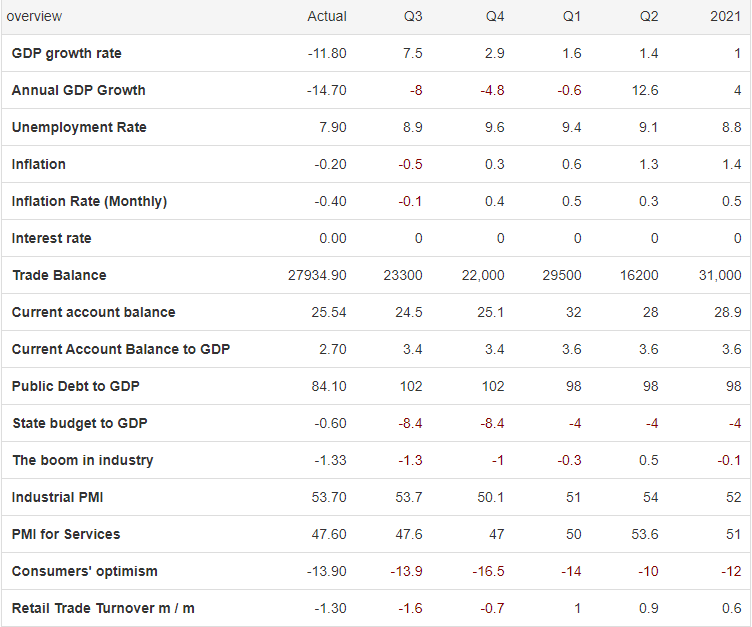 What brings concerns, however, is the factor called "Consumer optimism" (or consumer optimum), which will worsen in the 4th quarter.

What does it really mean?

It points out that the consumers are not very optimistic about their material future which is why their peace is disturbed. Lack of a sense of security-related primarily to their financial situation, they are not willing to buy, and even if they do, they are reluctant to spend more money on it. Similar values were recorded in 2009, which turned out to be a period of recession and the great crisis in the world, and later in 2013. 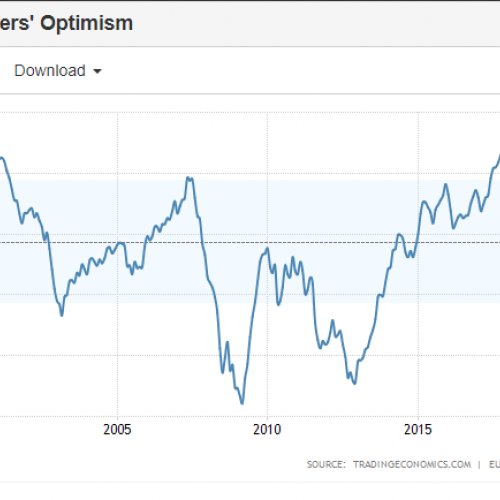 We will walk out of recession gradually and not only because of the tangible and quantifiable damage caused by the freezing of many sectors of the economy. A permanent change in the behaviour and expectations of both consumers and producers. A rapid ending of the pandemic would probably cause a surge of hope, optimism and the will to fight. These factors combined with the lack of significant structural problems in economy, would give a chance for quick reconstruction.

However, looking at the development of the situation, it is hard to believe that the virus will disappear, we will forget about it and get back to the previous state. It is more likely that we will have to learn how to live and develop the economy in the situation of a constant threat. All of that can preserve a pessimistic mood in a large part of society. Due to continued concerns regarding future and lower incomes, people won’t come back fast to carefree consumption. Additionally, one can expect that because of the condition of public finance, the state will have limited possibilities to stimulate consumption through social spending.  It should be remembered that not only internal factors but also external ones will influence the pace of recovery. Especially those involving the development of the situation in other countries.